Block and Bleed and Double Block & Bleed isolation systems are used in process instrumentation to isolate your instrument from the main process line.

The isolation valve(s) stop the flow from the upstream, while the bleed valve removes any pressure or residual product that remains in the downstream section or in the section between the two valves.

Use of block and bleed valves is mandatory in many industrial processes for isolating the measuring instrument from the process line. This allows maintenance work to be performed on the instrumentation without the need to shut down the entire operation.

Such installations are common in many industries including oil refineries.

The double block and bleed isolation, for the pressure transmitter/gauge, is achieved by using three separate valves between the transmitter and the process line.

A third valve, between the two block valves, provides the bleed functionality.

As the image above shows, a conventional system produces a very large and bulky setup which takes a lot of time to install, has a large number of potential leak points, and is relatively expensive to install and maintain.

Close-coupled installation brings the instrument (transmitter/gauge) closer to the process by replacing multiple valves and fittings with an integrated instrument mounting product. It creates a direct, minimal link between the process and instrument which helps save installation time and cost in addition to reducing the number of potential leak paths.

Choosing a suitable close-coupled installation requires consideration of the application and the process conditions.

An important part of the close-coupled installation is the process-to-instrument system. It has been designed to replace bulky, multi-component conventional setups, widely used for connecting instruments to process lines.

There are two industry standards for an integrated process to instrument product that integrate block, double block, or double block and bleed valve functionality in a monoblock design:

Monoflanges use ball valves on the isolation valve(s) and can either use a ball valve or a needle valve for the vent valve. At AS-Schneider this design is called VariAS-Block while the industry also often names it “DBB Ball Valve”.

Slimline Monoflanges use needle valves on the isolation valve(s) and the vent valve. At AS-Schneider we just use the expression Monoflange.

Benefits of using a process-to-instrument system

General benefits of using a process-to-instrument system in place of a conventional installation include: 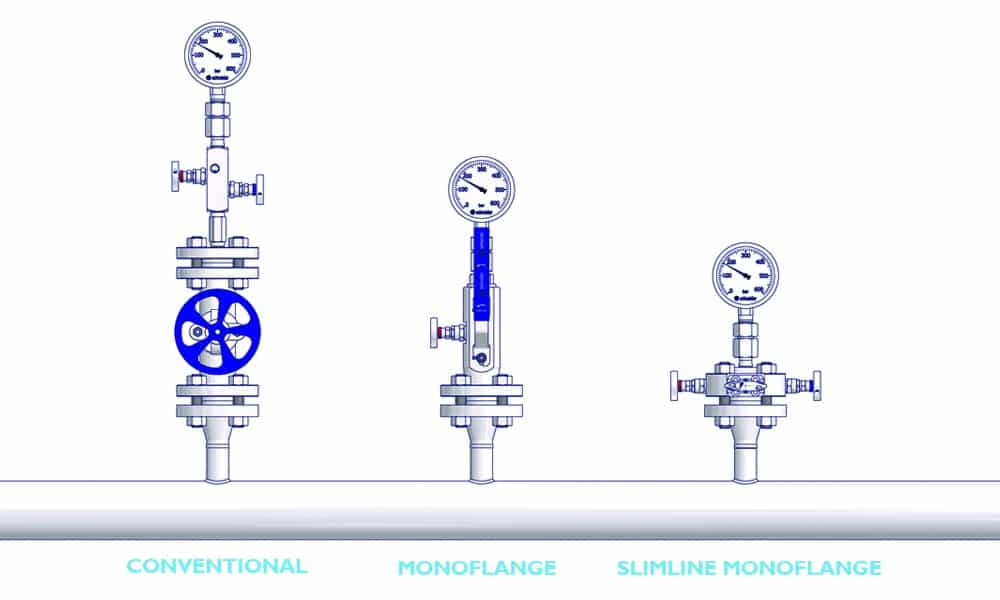 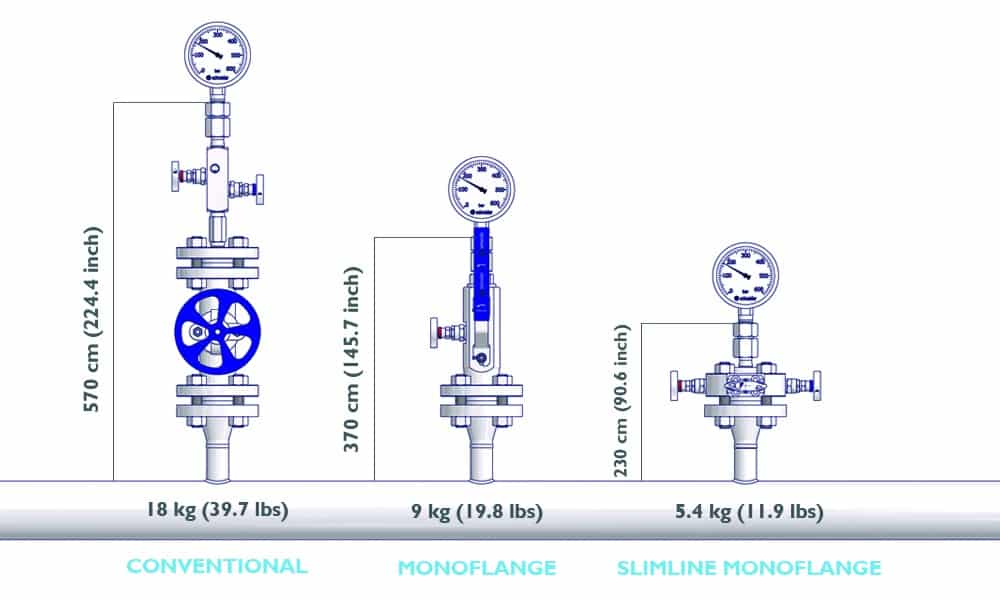 Monoflanges are offered in bore sizes of 10mm/14mm/20mm, compared to Slimline Monoflanges which are available in sizes of 5mm/10mm. A larger bore size gives a higher flow coefficient and reduces the chances of clogging.

Monoflanges are usually available with an integrated injection/sampling quill. This feature allows users to directly inject/sample the medium from the process line. Processes with sampling or injection requirements should therefore be fitted with suitable Monoflanges.

The tables below summarize the key features of Monoflanges and Slimline Monoflanges that should be considered when selecting the most suitable valve for a given application.